Queen Elizabeth I was born in Greenwich Palace on 7 September 1533. Her christening was three days later on 10 September 1533 at The Church of Observant Friars in Greenwich. Below is a contemporary account of the event.

The 7th of September, being Sunday, betweene three and foure of the clocke at afternoone, the Queene was delivered of a faire Ladie; for whose good deliverance Te Deum was sung incontinently, and great preparation was made for the Christning. The Maior and his Brethren, and fortie of the chiefe Cittizens, were commanded to be at the Christning the Wednesdaie following.

Upon which daie the Maior, Sir Steplien Peacocke, in a gowne of crimosin velvet, with his collar of esses, and all the Aldermen in scarlet, with collars and chaines, and all the Councell of the Cittie with them, tooke their barge at one of the clocke; and the Cittizens had another barge, and so rowed to Greenwich, where were many Lords, Knights, and Gentlemen assembled : all the walles betweene the King's Pallace and the Fryers were hanged with arras, and all tlie way strewed witli greene rushes. The Fryers church was also hanged with rich arrass: the font was of silver, and stoode in the midst of the church three steps high, which was covered with a fine cloth ; and divers Gentlemen, with aprones and towels about their neckes, gave attendance about it, that no filth shoulde come to the fonte: over it hung a square canapie of crimosin sattin, fringed with golde; about it was a rayle, covered with redde saie; betweene the queere and body of the church was a close place with a pan of fire, to make the Childe readie in.

When all these thinges were ordered, the Childe was brought to the hall, and then every man set forward: first, the Cittizens two and two; then Gentlemen, Esquires, and Chap-laines ; next after them the Aldermen, and the Maior alone; and next the Kinges Counsell; then the Kinges Chappel in coaps; then Barons, Bishops, Earles, the Earle of Essex bearing the covered basons gilt; after him the Marques of Excester with a taper of virgin wax; -next him the Marques Dorset bearing the salt; behind him the Lady Mary of Norfolke bearing the crisome, which was very rich of pearle and stone. The old Dutches of Norfolke bare the Childe in a mantle of purple velvet, with a long traine furred with ermine. The Duke of Norfoike with his marshal's rod went on the right hand of the saide Dutchesse; and the Duke of Suffbike on the left hand ; and before them went Officers of Armes ; the Countesse of Kent bare the long traine of the Childes mantle; and meane betweene the Childe and the Countesse of Kent went the Earle of Wilshire and tlie Earle of Darby on either side, supporting the said traine in the middest: over the Childe was borne a rich canapie, by the Lord Rochford, the Lord Hussey, the Lord William Howard, and the Lord Thomas Howard the elder. After the Childe, followed many Ladies and Gentlewomen.

When the Childe was come to the church doore, the Byshop of London met it, with divers Byshoppes and Abbots mitred, and beganne the observances of the Sacrament. The God-father was Lorde Thomas Archhyshoppe of Canterburie; the God-mothers were the olde Dutchesse of Norfolke, and the olde Marchionesse of Dorset, Widdowes, and the Childe was named Elizabeth, and after that all things were done at the church doore, the Child was brought to the font, and christned; and that done, Garter chiefe King of Armes cried aloud, "God of his infinit goodnesse send prosperous life and long to the high and mightie Princesse of England elizabeth".

Then was brought in wafers, confects, and ipocrasse, in such plentie, that every man had as much as hee woulde desire: then they set for warde, the trumpets afore going in the same order toward the Kinges pallace as they did when they came thitherwarde; saving that the giftes that the Godfather and Godmothers gave, were borne before the Childe by foure persons; that is to say, first. Sir John Dudley the younger, bare the gift of the Lady Dorset, the Lord Fitz Walter bare the gift of the Ladie of Norfolke; and the Lord of Worcester bare the gift of the Archbishop of Canterbury, and all the one side as they went was full of staffe torches, to the number of five hundred, borne by the Gard and other of the Kinges servants, and about the Child were manie other proper torches borne by Gentlemen.

And in this order they brought the Princeshe to the Queenes chamber doore, and then departed. The Maior went to the King's chamber, and tarryed there a while with his Brethren the Aldermen ; and at last, the Dukes of Norfolke and Suffolke came out from the King, and reported to the Maior and his Brethren, that the King thanked them heartily, and commanded them to give them thankes in his name, and from thence they were had to the seller and dranke, and so went to their barge. 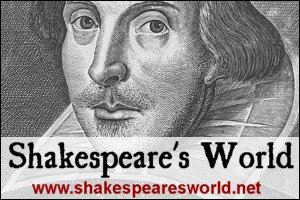